It is often tempting to spend more time looking at the gaps in the list of species rather than at the list itself and starting at the top I was aware that everyone else I knew with a moth trap in the county had a Lackey and I had not. As a result I was pleased to finally get one on 25th as a new for the garden. Significantly rarer in the county and missing from everyone else's garden list is August Thorn, so it was rather a surprise to get another one of these as a second garden record to follow on from the previous individual trapped on July 5th 2011. 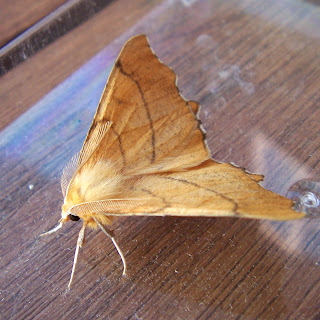 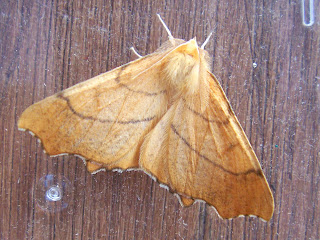 August Thorn - 25th July. Note the distinctive kink (and almost creating a small blotch) in the crossbar at the front of the forewing which was also a feature on the previous individual caught last year, The inner crossbar also consists of a big parabolic curve. 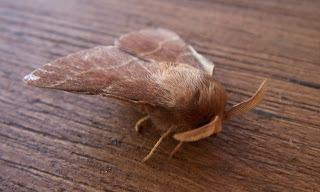 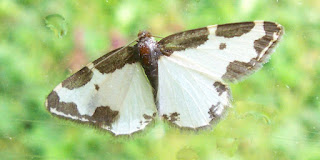 Clouded Border - scarce here, only four caught in three summers so far, all in July 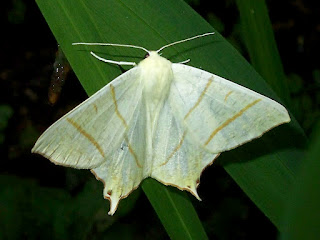 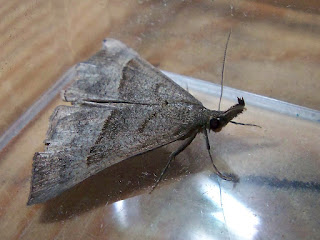 Snout - not particularly common at Wychwood moths, this is only the fourth trapped
Posted by Andy Grimsey at 14:50 2 comments:

A bit of warmth and the nightly macro species count immediately jumps from the teens up to the thirties or more, also bringing in two new for garden moths, neither unexpected but still need to be collected for the list all the same... 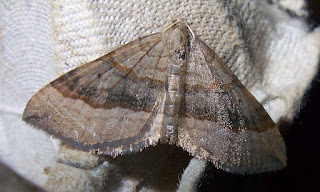 Shaded Broad-bar - New for garden on 22/7, these are easily disturbed from the grass in the daytime on nearby hillsides like Sharpenhoe Clappers so I was waiting for one to turn up. Two were trapped on 24th. 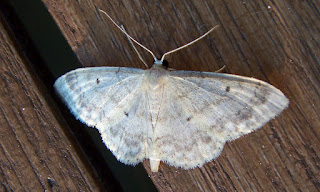 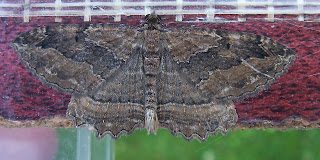 Dark Umber - a local species but regular at Wychwood Moths, two on 22nd and four for year so far 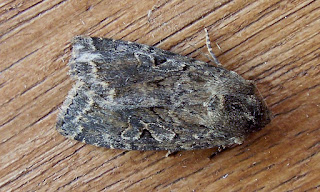 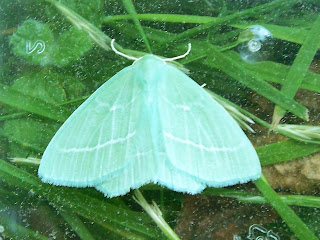 Small Emerald - another local species that has turned up each year, fifth record 22/7 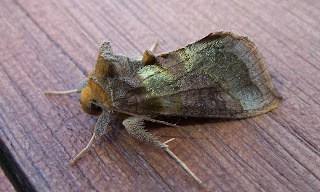 Burnished Brass - I do like these, a nice change from the brown stuff 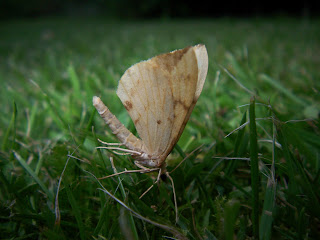 Barred Straw - going for a walk
Posted by Andy Grimsey at 14:34 No comments:

Before this year the last time this species was recorded in VC30 (Bedfordshire more or less) was 2006. This individual trapped in Wychwood Ave, Luton on Sunday 15th July represents the third in the county this year, all in July and all coincidentally caught in back garden traps by Andy's (Grimsey, Whitney and Banthorpe),
This occurrence pattern and timing suggests to me that these are of immigrant origin rather than a local population as these traps are ten miles apart or so.
The moth is a stocky species, mine had a wing length of around 21mm, so stands out easily as something different.
An excellent and most unexpected addition to the Wychwood garden list ! 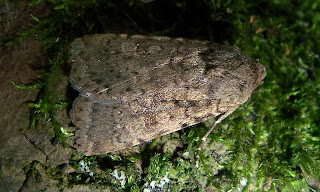 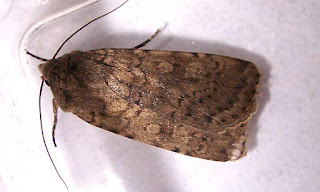 The rain is not abating and a couple of cooler spells have come along but the large ex-pub umbrella still allows the trap to run each night in the corner by the shed. Just a couple of highlights this week as the annual macro species total stumbles slowly to three figures. Nice to see Bufftip and Leopard which have virtually identical appearance profiles at Wychwood moths with two records of each in 2010 and neither in 2011. 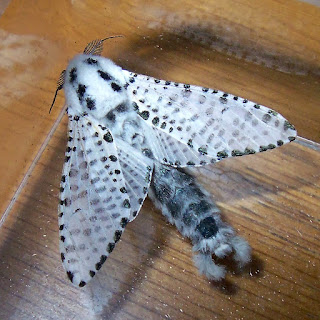 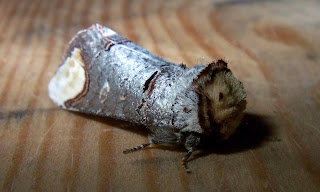 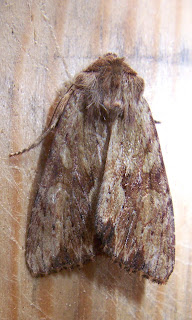 Reddish Light Arches - somewhat of a Wychwood Moths speciality, this well marked individual representing the 7th this year and the 22nd in three years with all but one in the last week of June or first week of July 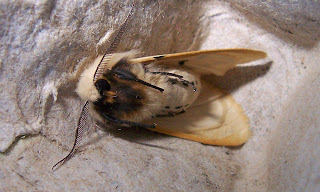 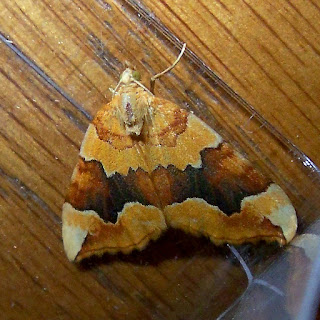 Barred Yellow regularly trapped - adds a bit of colour amongst the brown stuff
Posted by Andy Grimsey at 15:35 No comments:

Not a lot to blog about recently at Wychwood Moths as the summer stutters along through the rain. Having reached 119 macro species by the end of June in 2011, the total of 75 in the first six months of 2012 was a very poor return with some species that occurred on numerous occasions previously completely absent for the year.
July started well with a Small Fanfoot as first for garden and a few days later a Lychnis was also added. These are really gap fillers rather than quality but they all count... 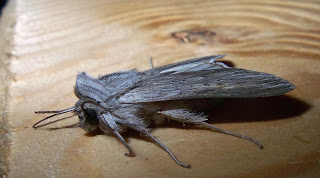 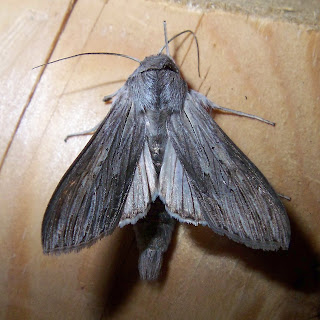 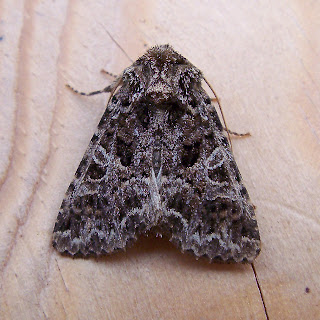 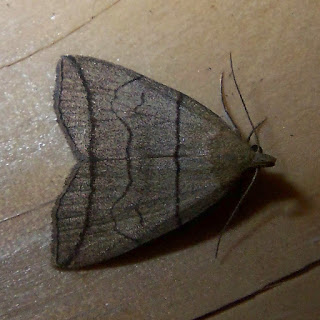 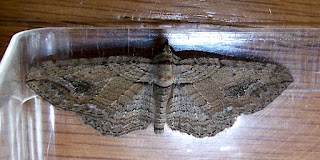 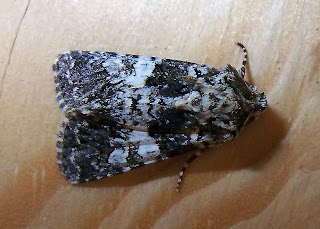 Varied Coronet - 4th July - only one previous record on 4/6/10, on only my third garden trapping session