Though it seems so sometimes, the second half of the month has not been only about common and sometimes difficult brown noctuids. The number of the "gentler" moths has however been relatively disappointing in the last couple of weeks. Here are some pics tough of some that have caught my attention including a New for Garden species that was always on the possibles list. 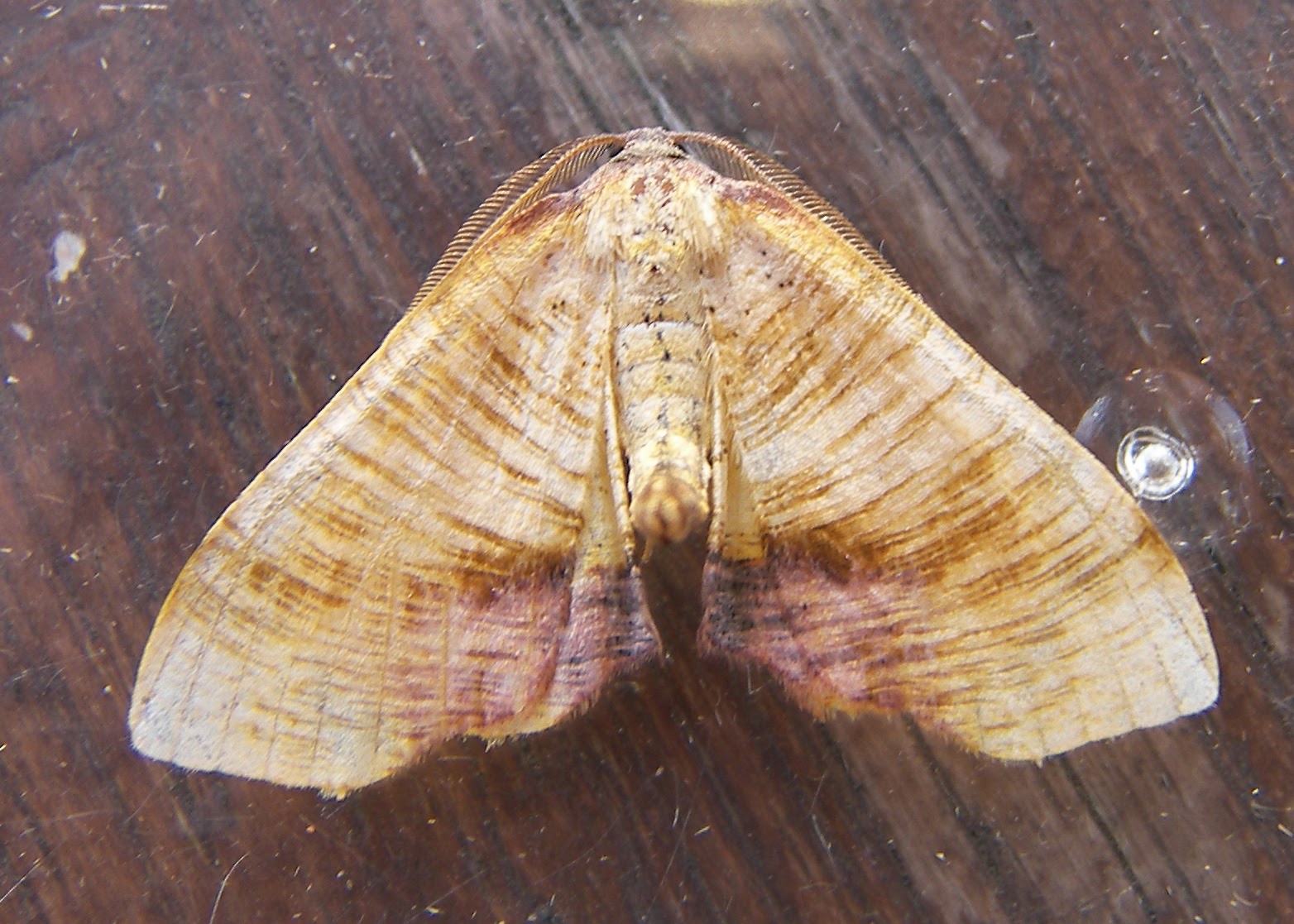 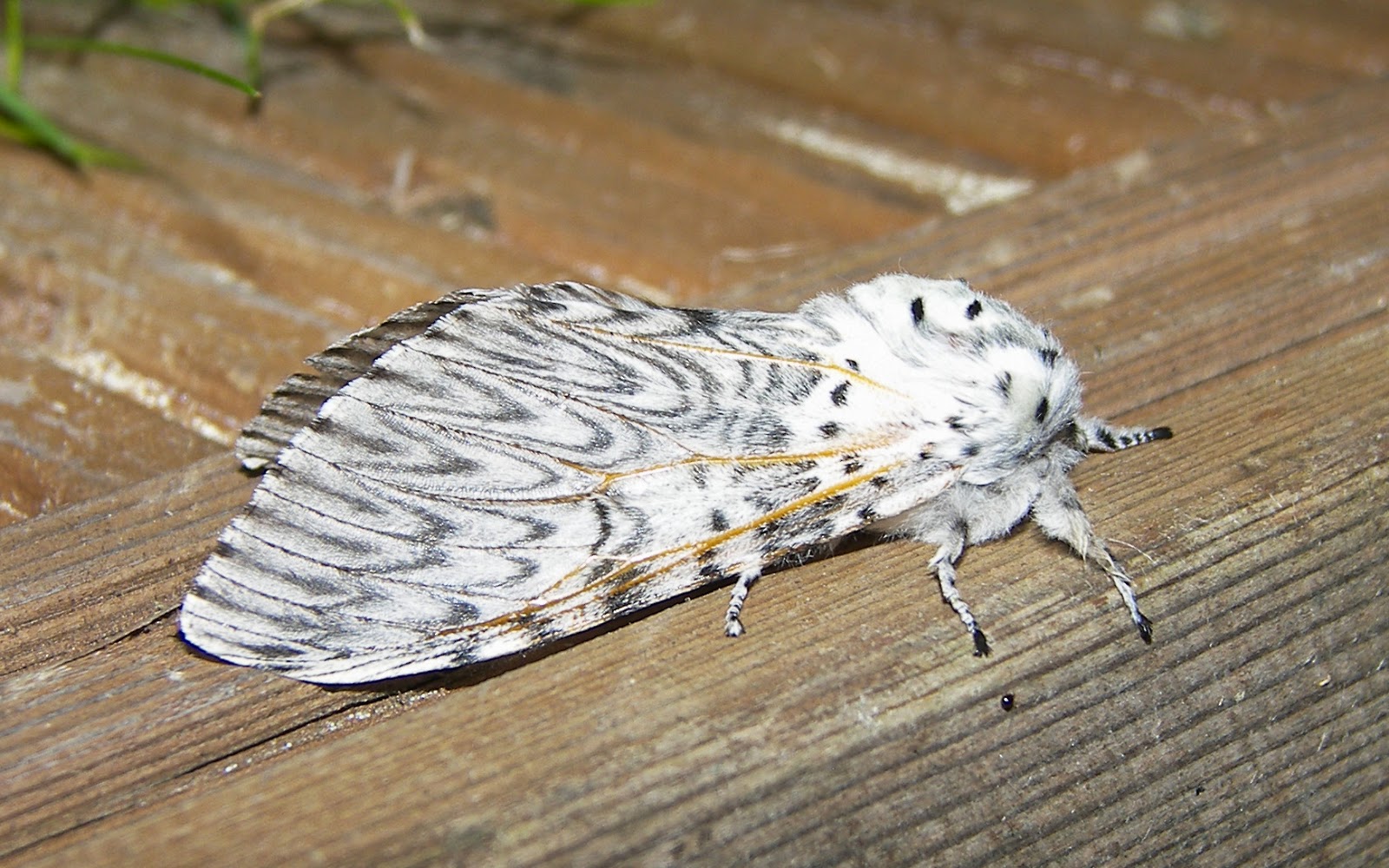 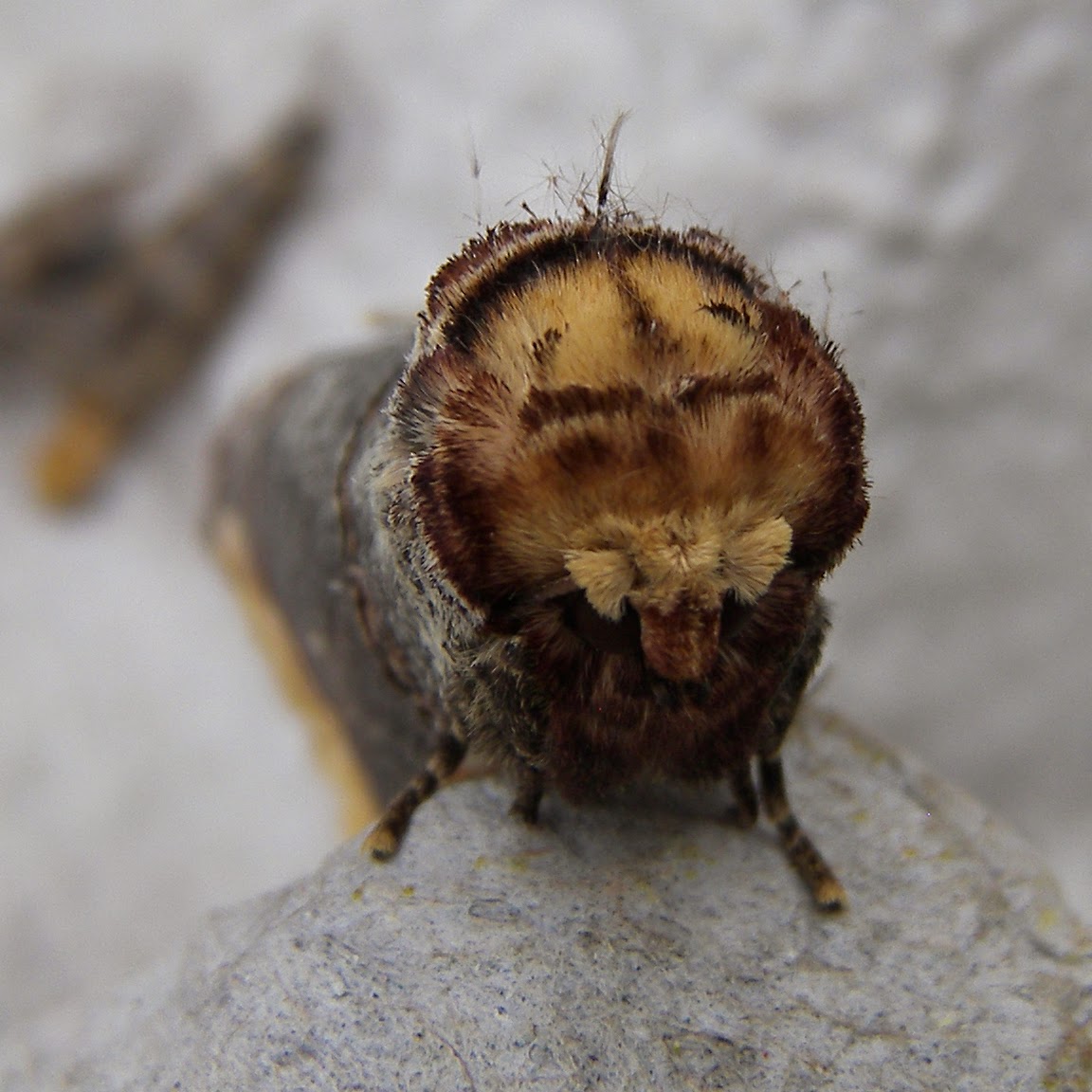 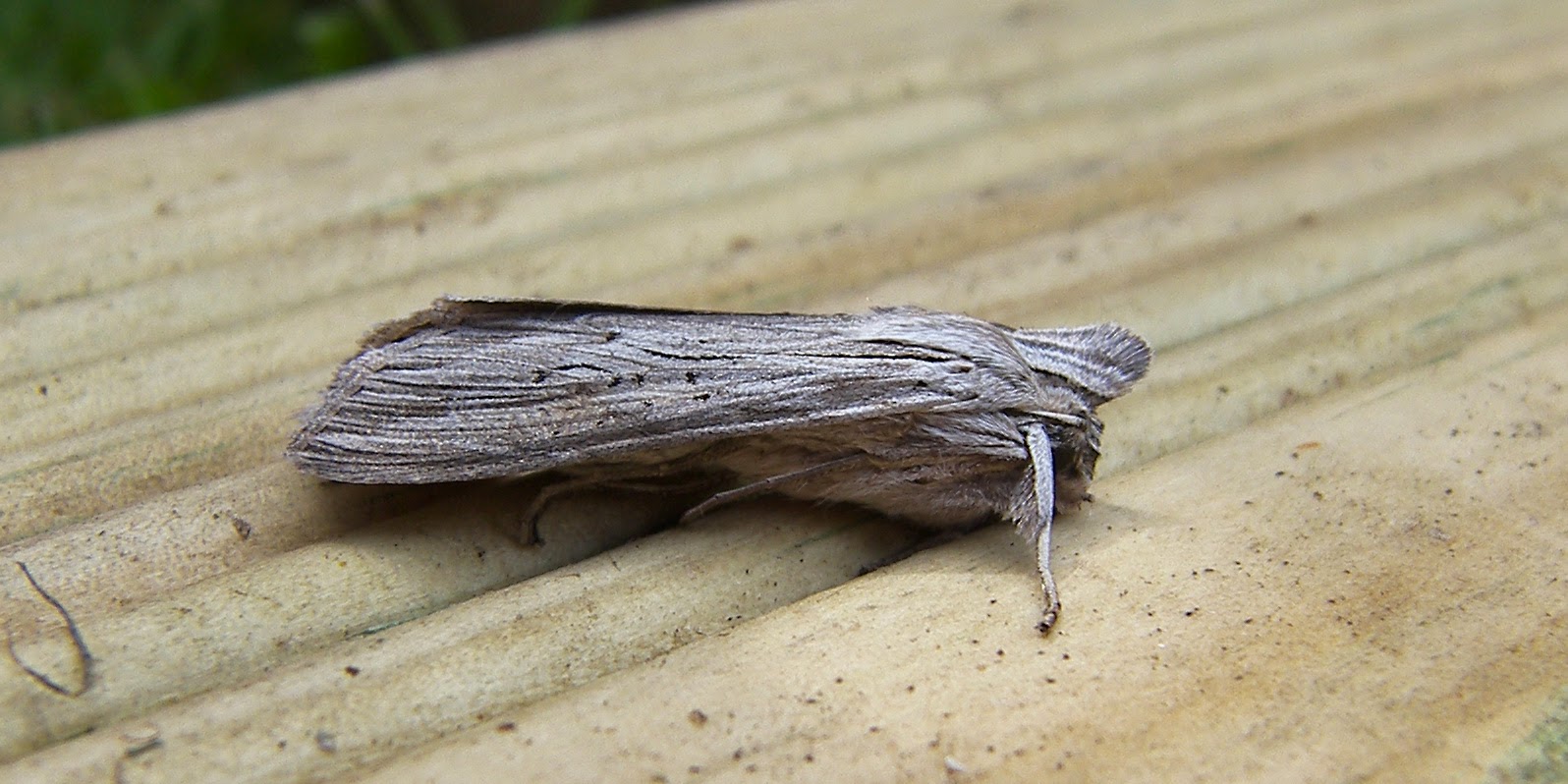 Shark - get a couple of these most years 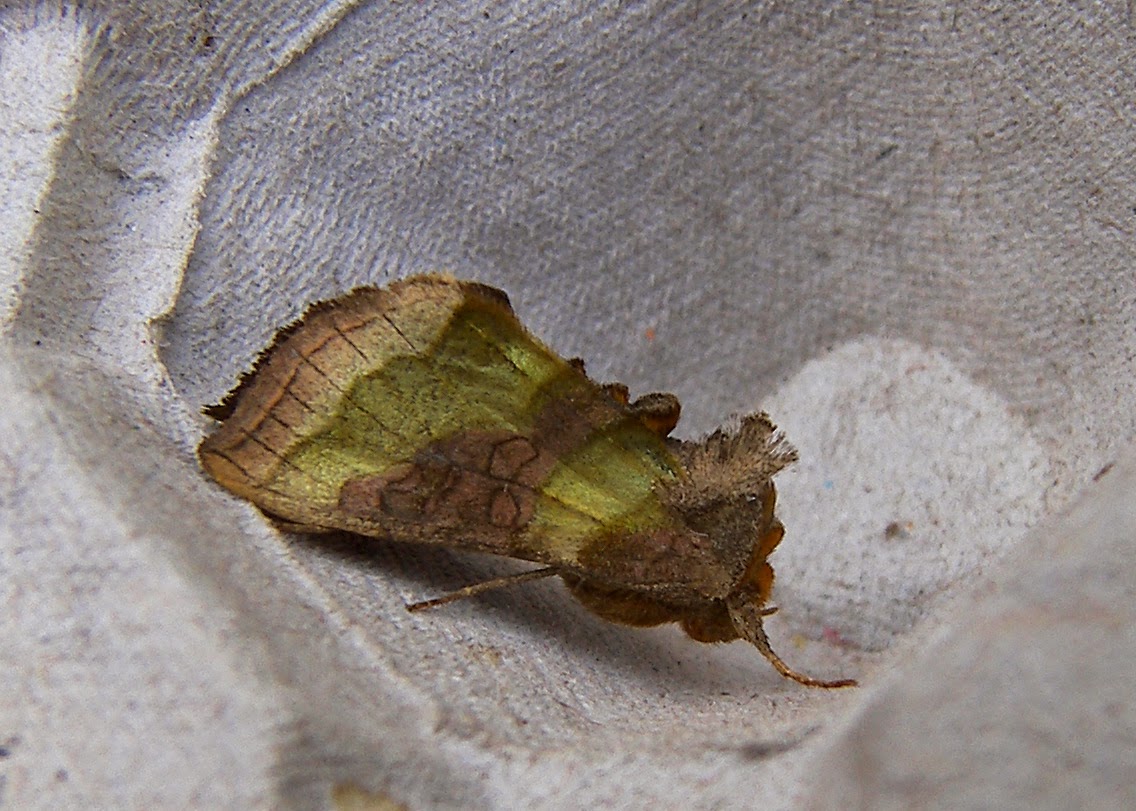 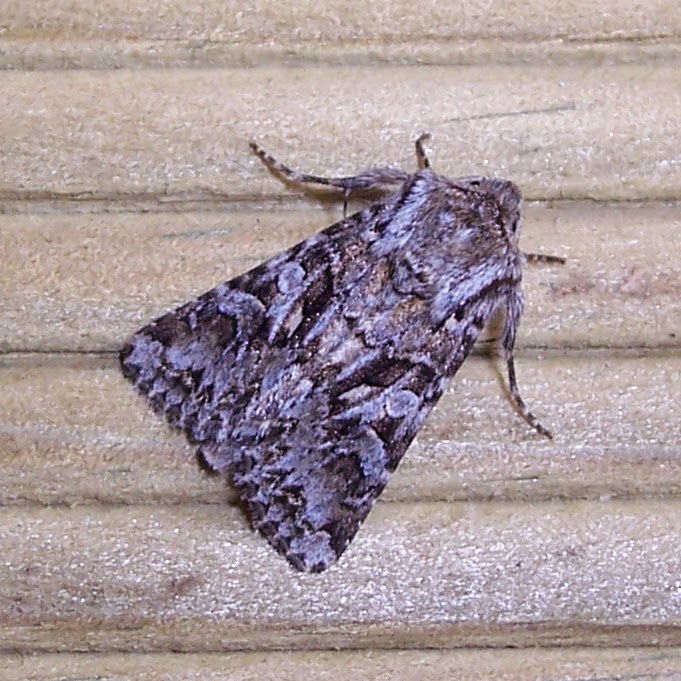 Shears - been a good year for these in my garden 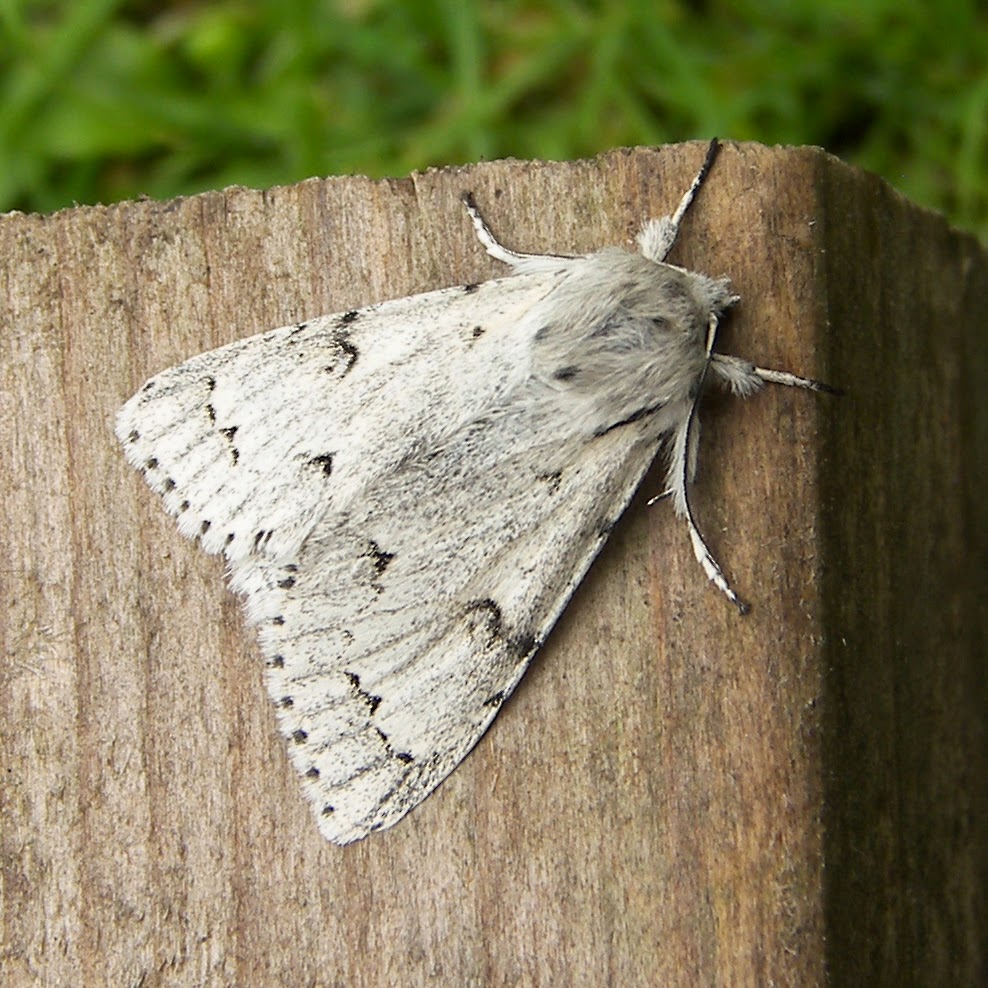 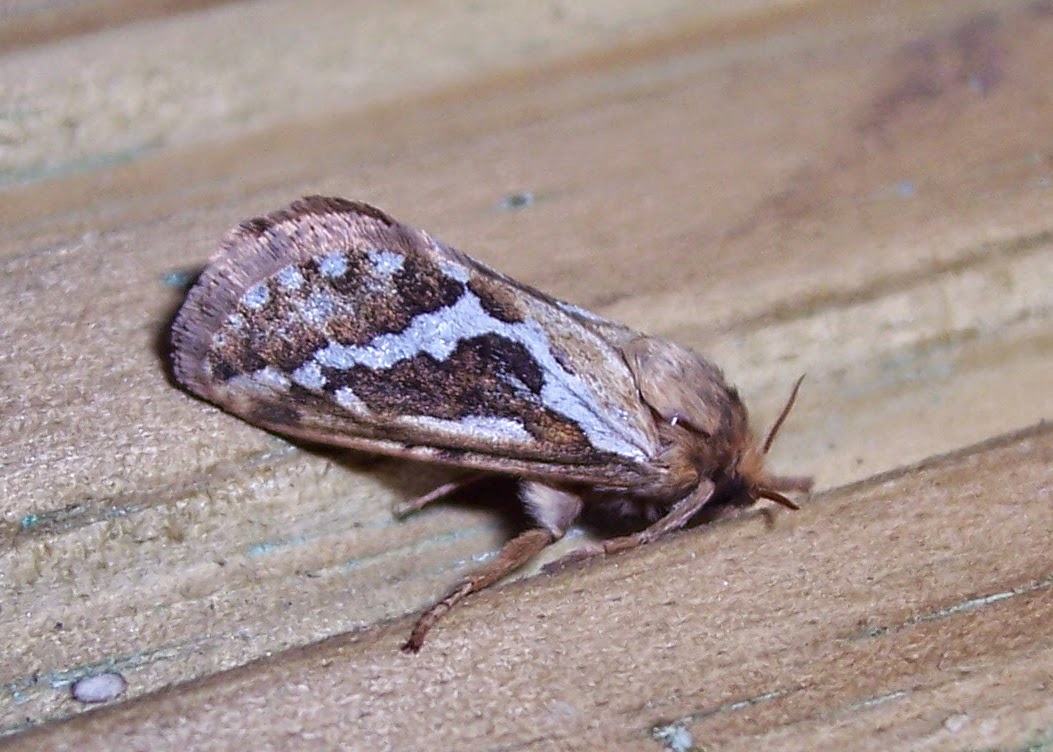 Common Swift - scarce for me, just a few each year

Posted by Andy Grimsey at 13:05 No comments:

For much of mid-June, I have been getting and increasing number of the common brown noctuids and in comparison a lower number of the other families. With this comes the challenge of identifying some individuals that just do not fit the pattern of the book pictures, Included here are a few pairs and comparisons 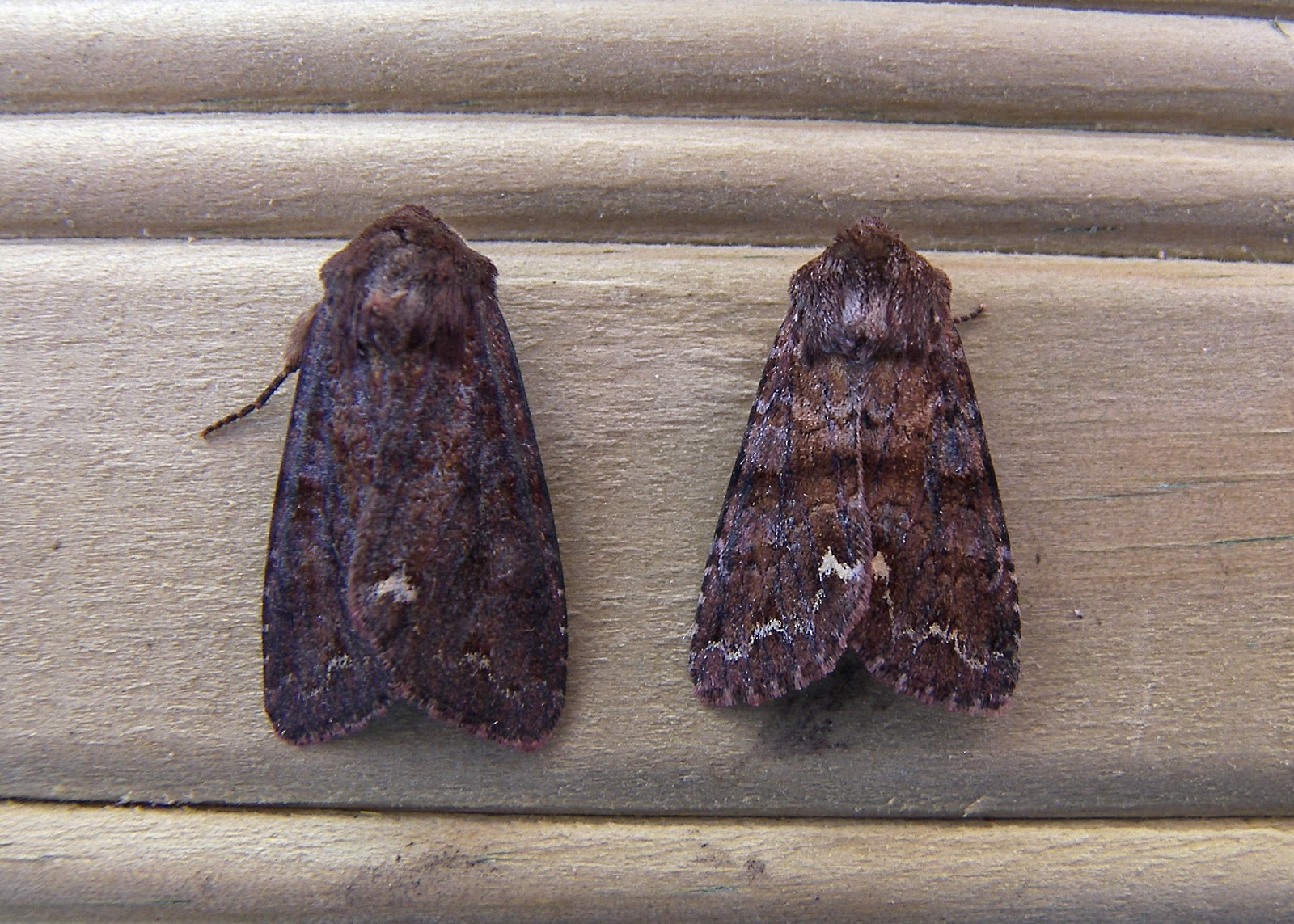 Two Broom moths, one showing all the features, the other just the creamy blob 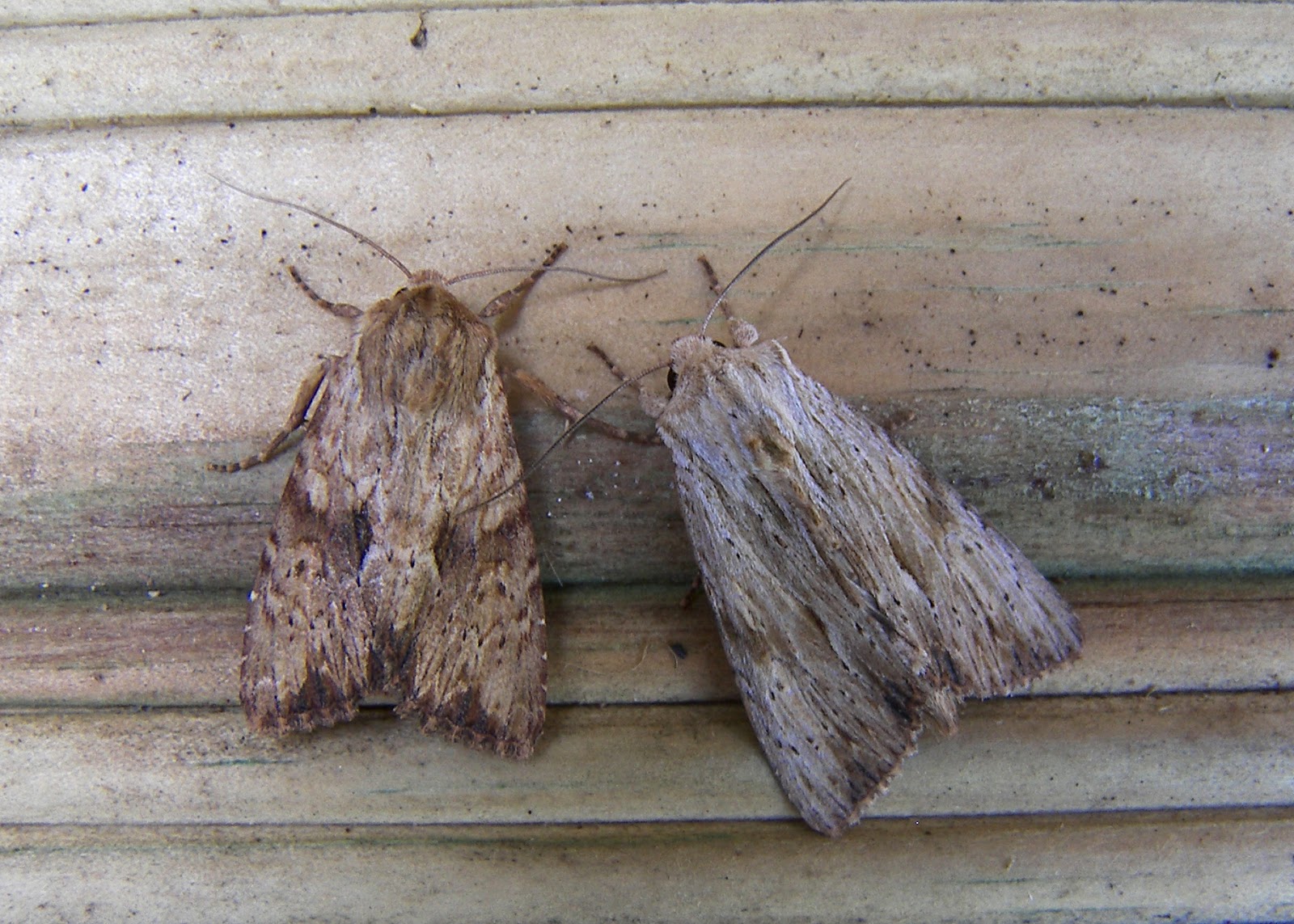 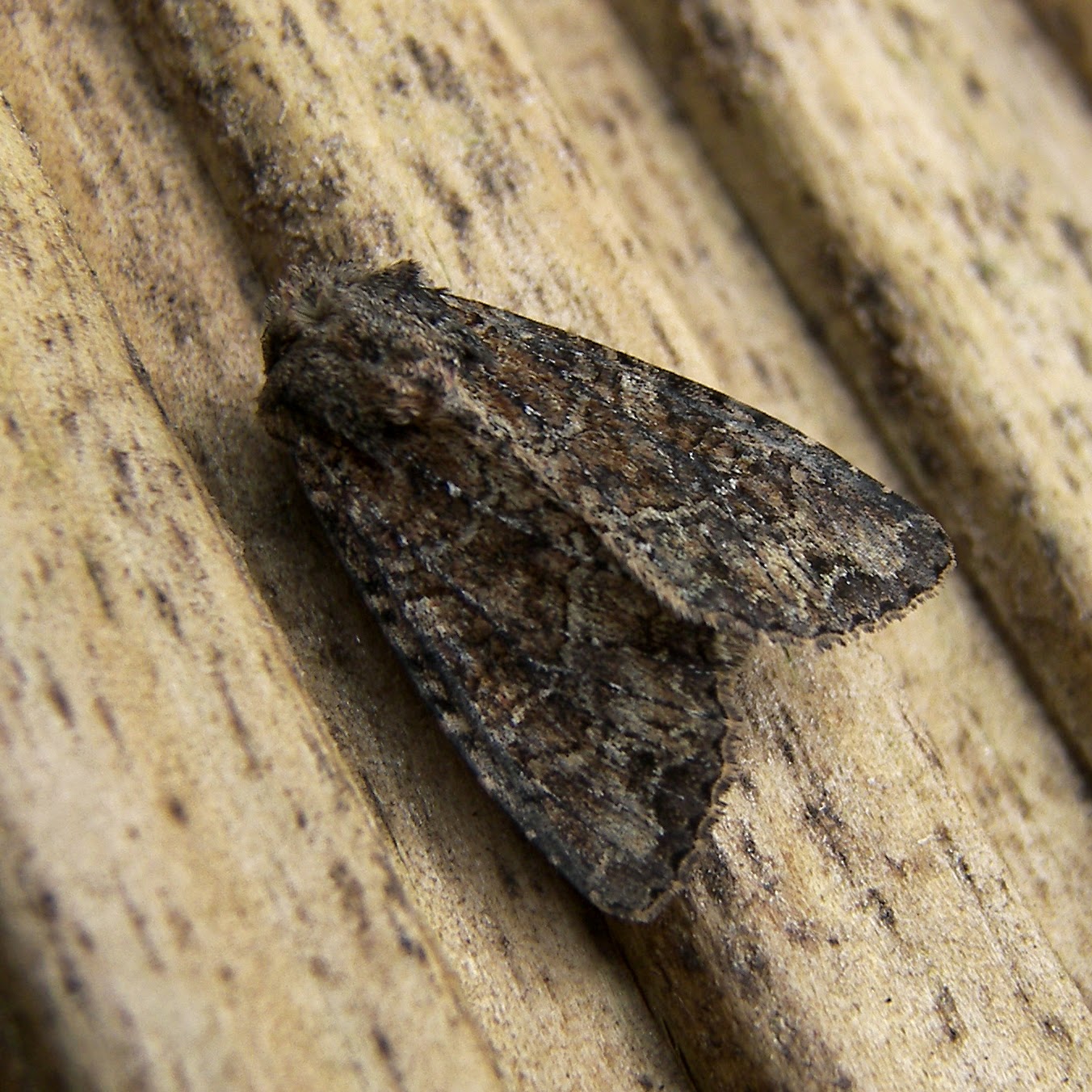 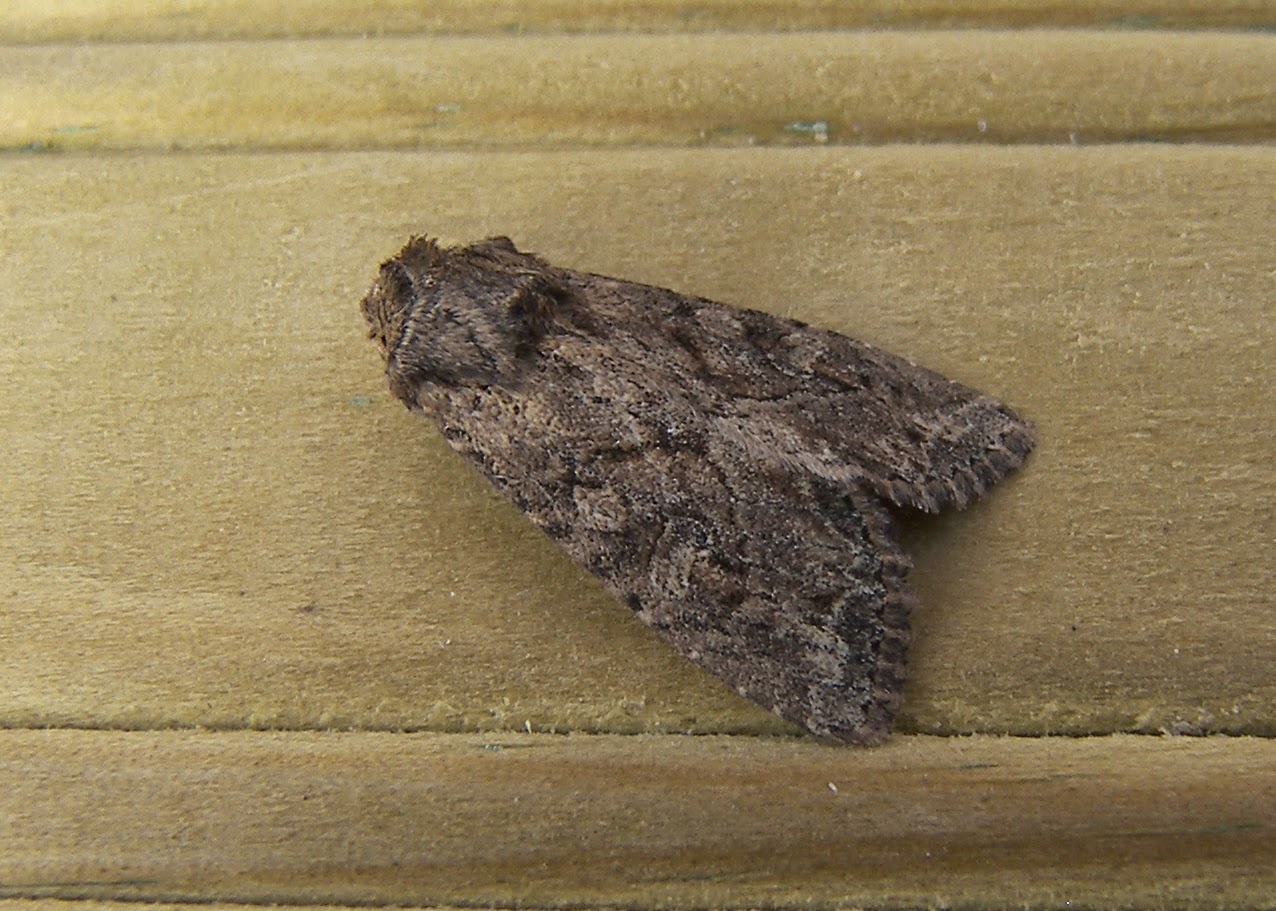 Greyish looking presumed Large Nutmeg (based on shape), most of mine are fawn/beige 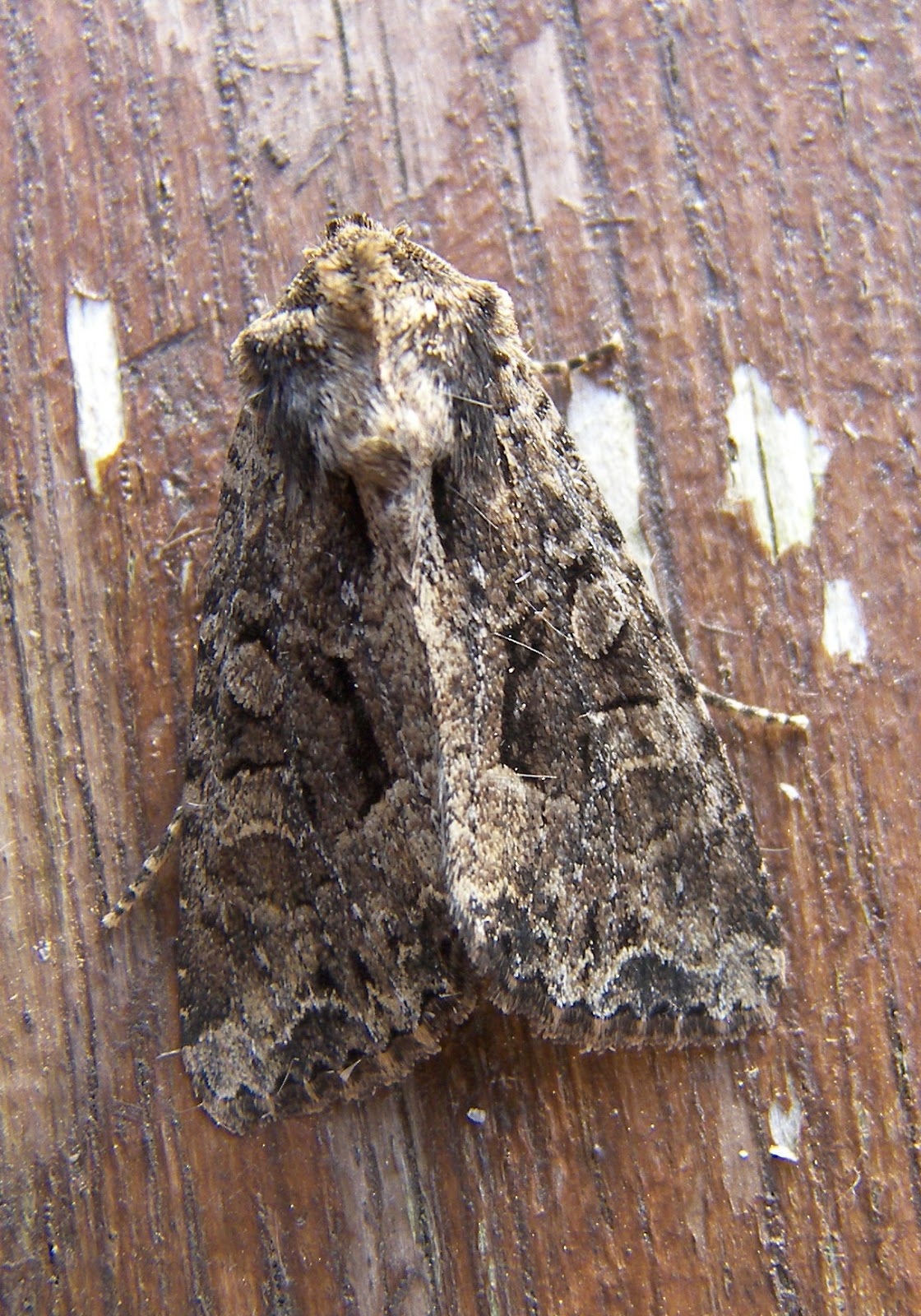 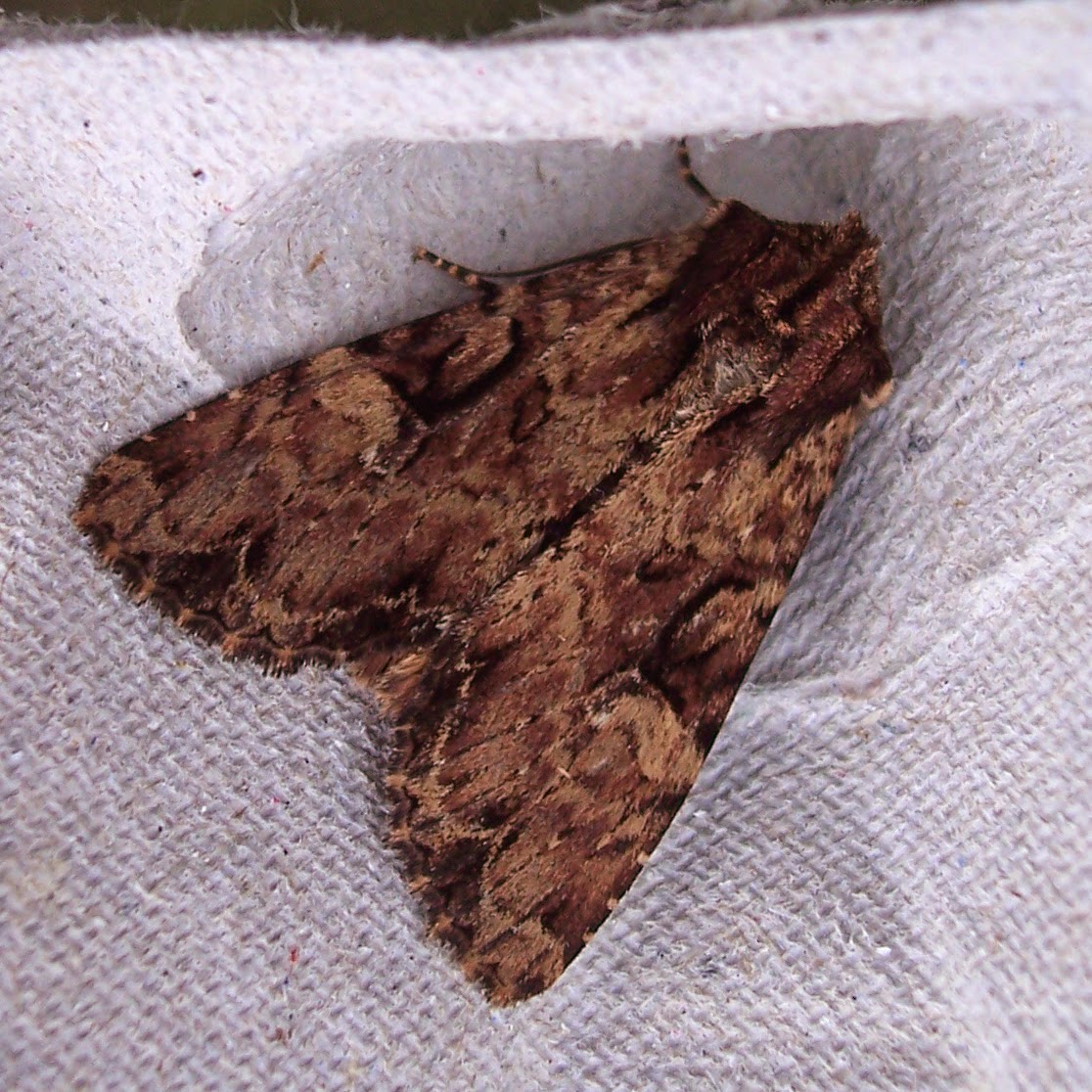 Clouded Brindle (all the features and well marked) 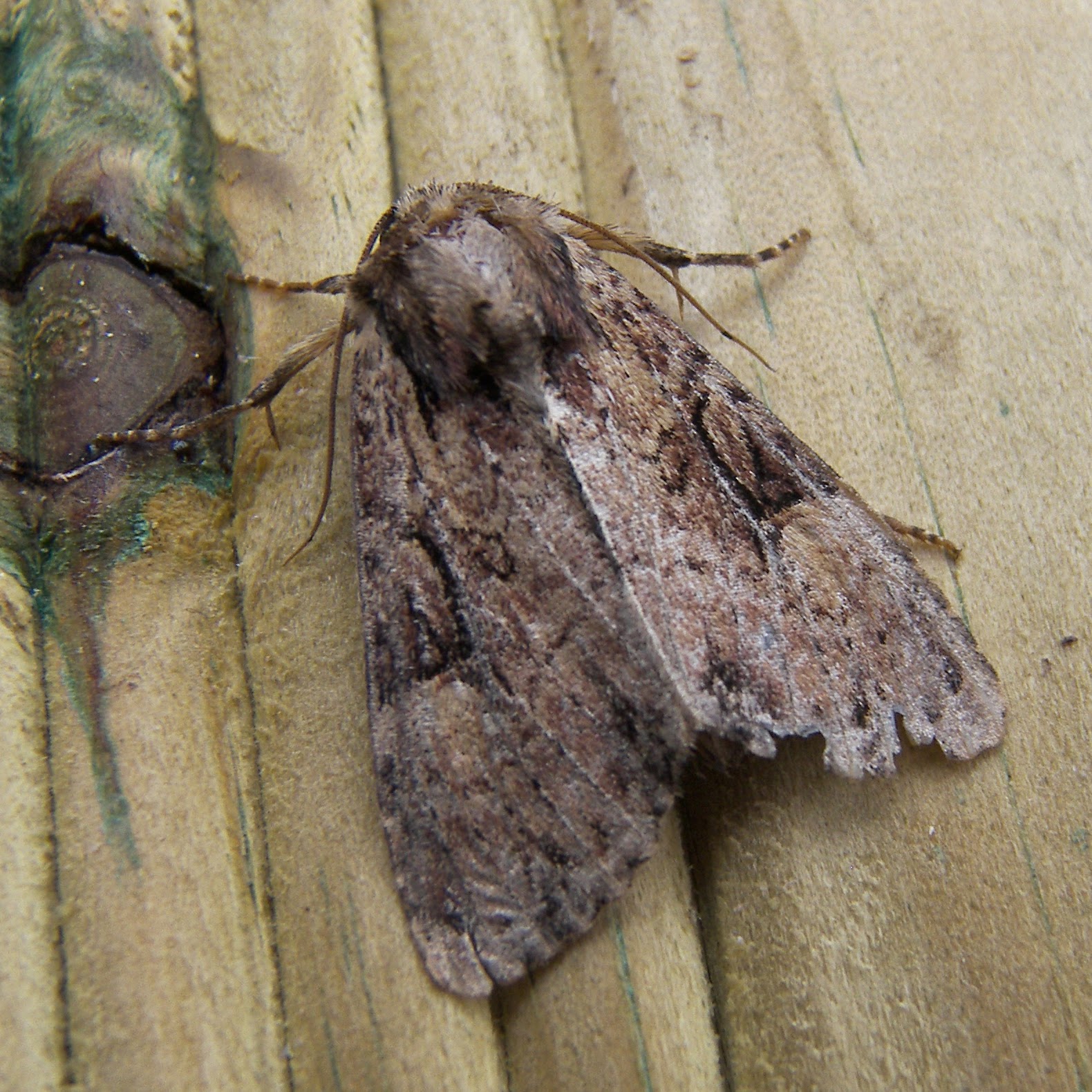 Presumed Clouded Brindle. Had thoughts of Clouded-bordered Brindle which it closely resembles but I think the visibility of the fine black cross-line in the middle of the rear of the wing gives it away 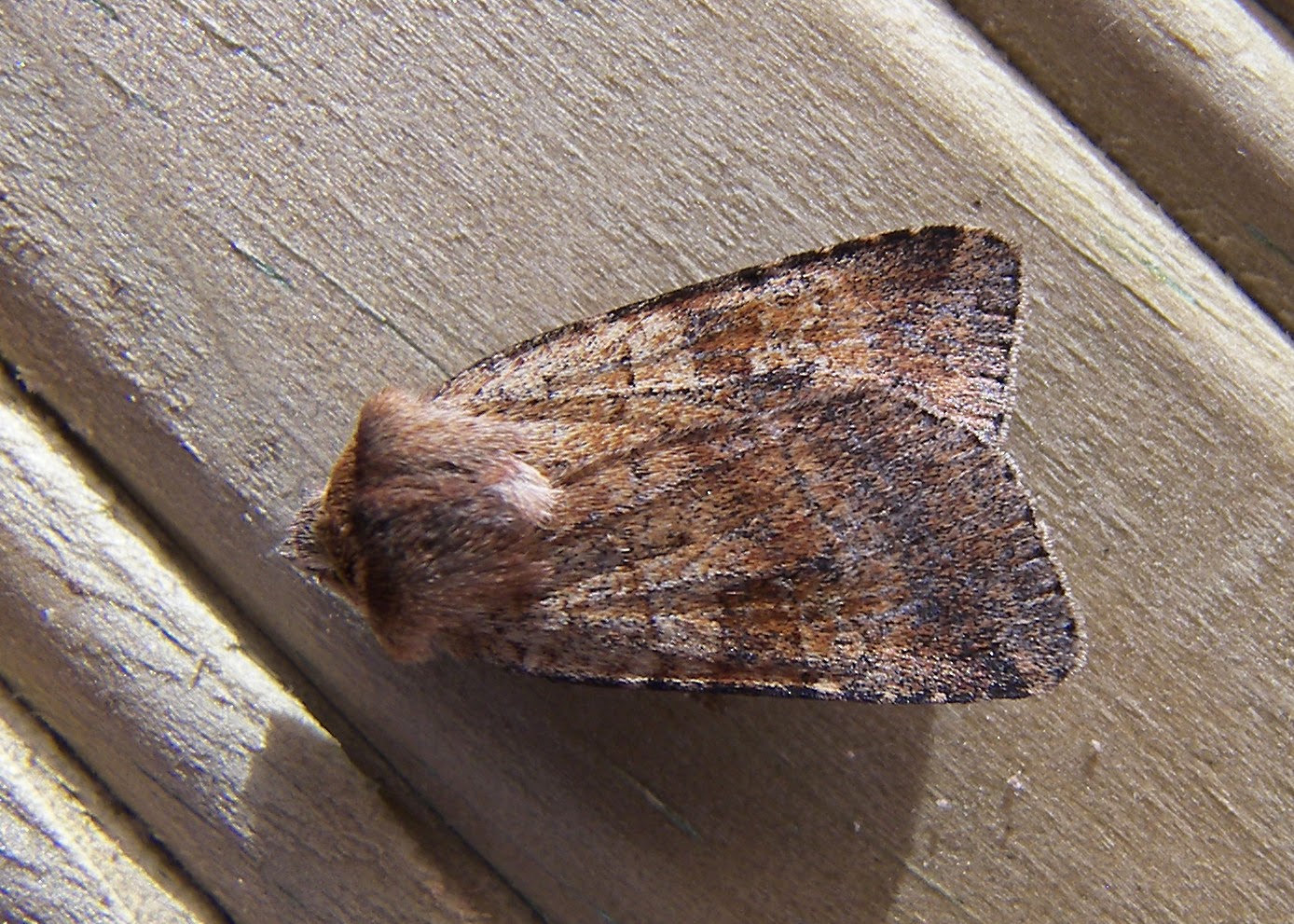 And how about this Ingrailed Clay which  the same species as the individual in the previous post with the black triangle and square markings. It's the tiny arrowheads on the end of the wings that matters, none of the rest of the colouration is relevant !? Good job moths work on smells not sight in choosing a partner
Posted by Andy Grimsey at 14:01 No comments:

Looks like I am getting new moths for the gardens in pairs, firstly the two "pinions" and then to follow last weeks Small White Wave, a NFG Common Wave on 2nd June 2014. Not trapped this species before in the garden though had quite a few of the related Common White Wave. Also a selection of other more interesting pics from the last week including a potential further NFG in Small Clouded Brindle that needs more critical exam. 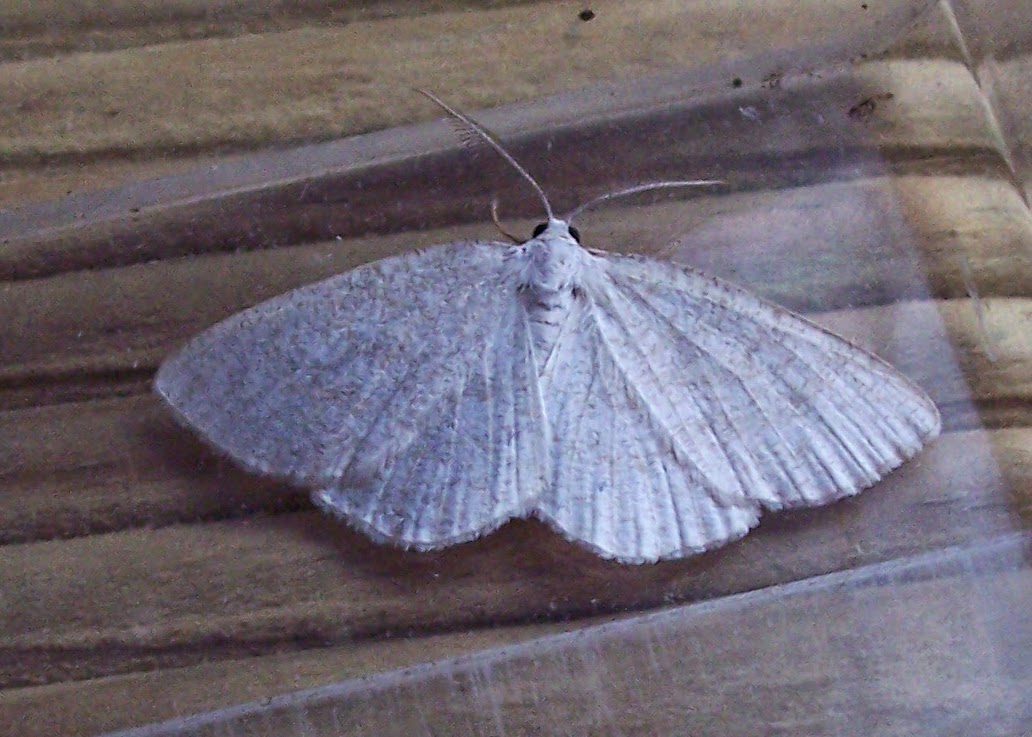 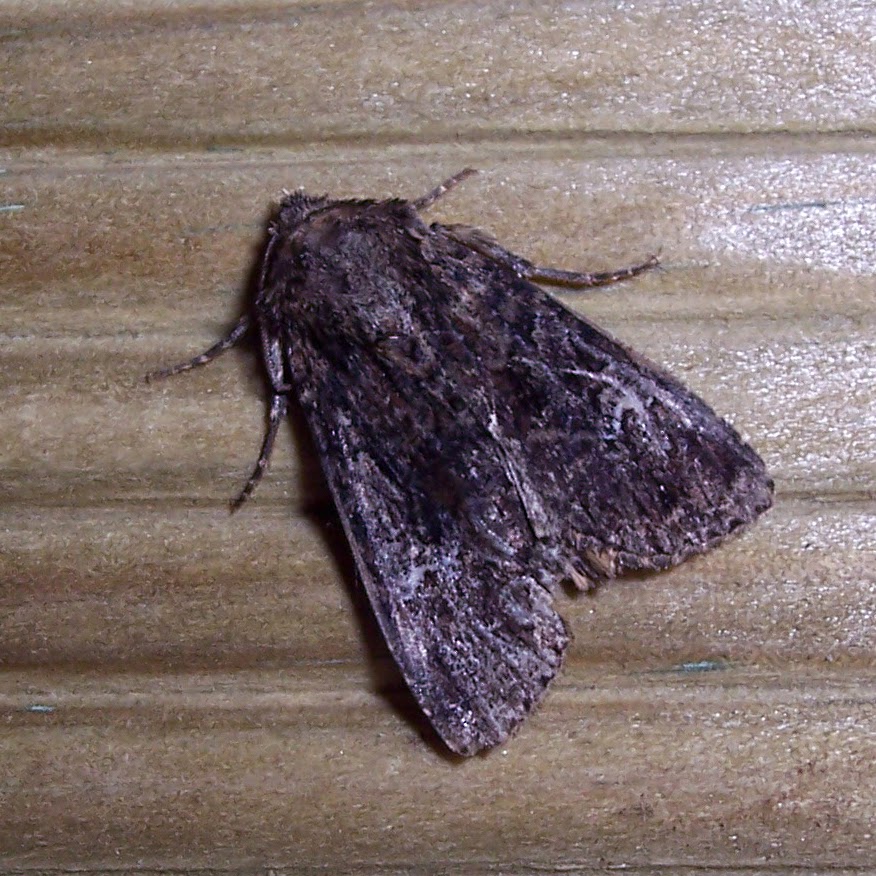 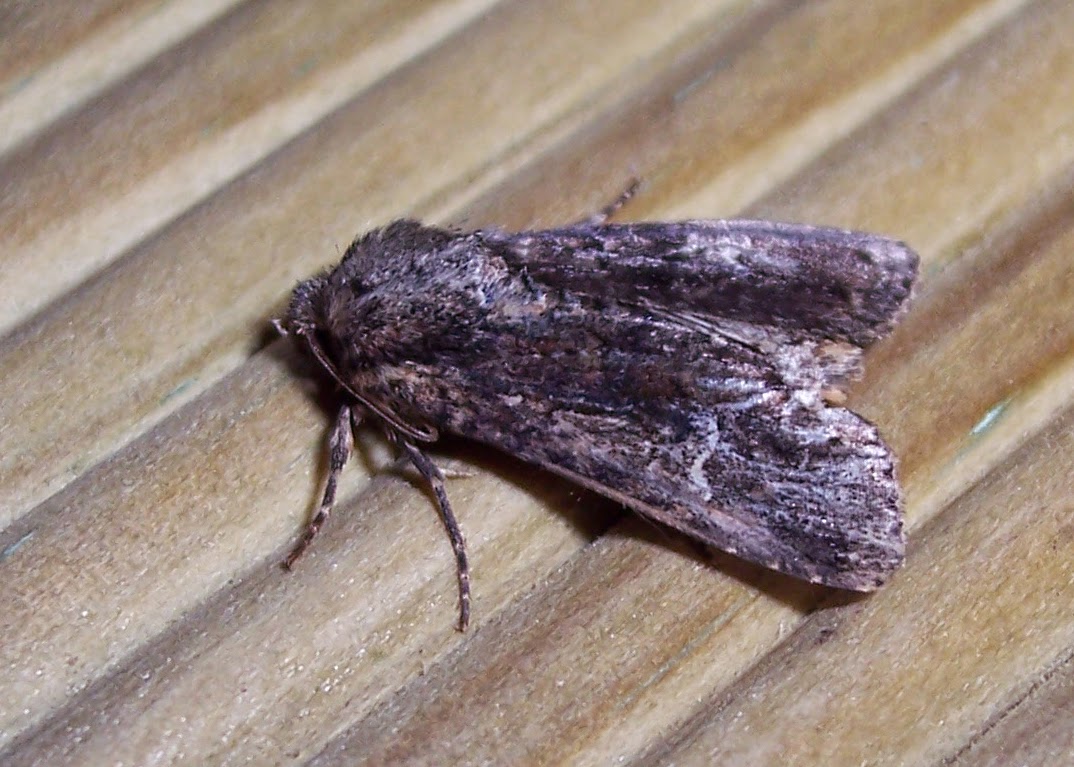 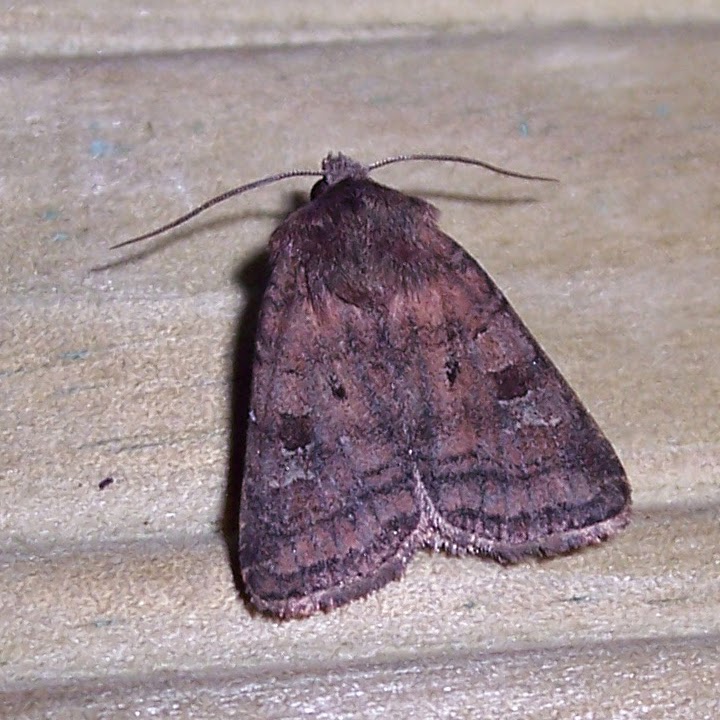 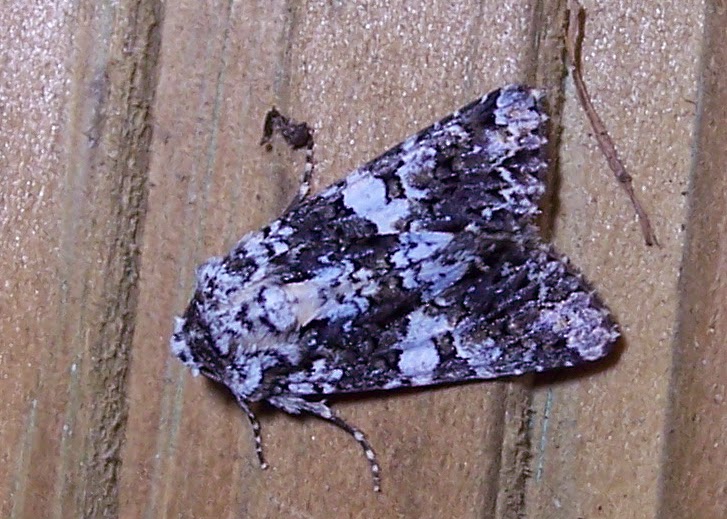 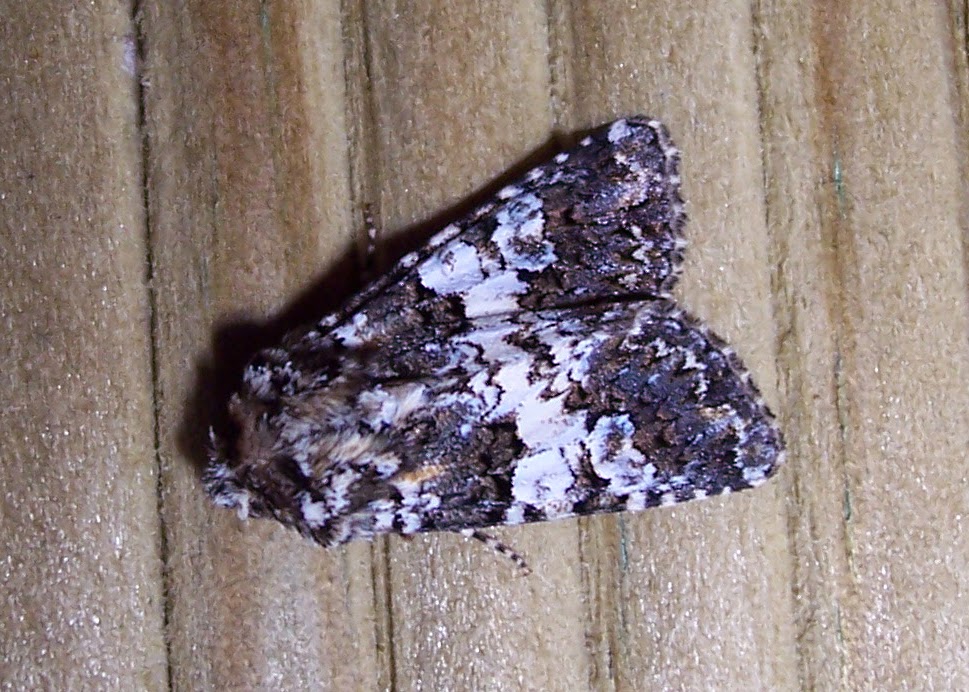 Comparison pair - Marbled Coronet (top) and Varied Coronet (bottom).
Former much rarer than latter and note the large pale markings near the wing tips
Posted by Andy Grimsey at 13:15 No comments: